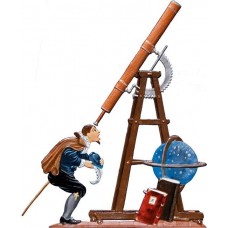 The unparalleled Wilhelm Schweizer of Bayern hand painted pewter! Known as Zinn in Germany, these pewter ornaments, whether standing or hanging pewter, are truly heirlooms in the making.

Hand made and hand painted by the talented artisans of Schweizer Pewter of Germany, they are made today precisely the same way they were made hundreds of years ago. And in the same place! In the little Bavarian village of Diessen am Ammersee.