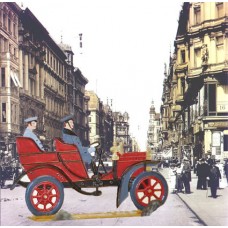 Horch was the popular name for high-performance luxury motor cars manufactured in Germany by the company, August Horch & Cie, at the beginning of the 20th century.

Founder
The company was established by August Horch, a former production manager for Karl Benz, and a partner on November 14, 1899 with a capital of 30,000 marks at Ehrenfeld, near Cologne.

Horch was also later the founder of the German automaker, Audi, which is named after the Latin translation of his surname (Latin word for the regional Saxon expression, horch, which is the imperative form of