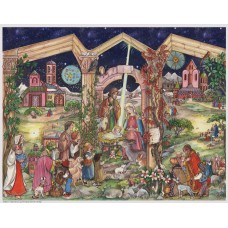 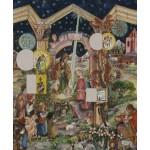 Take a look at this beautifully depicted Nativity scene! This wonderful illustration is full of detail that's sure to delight.