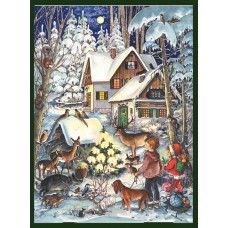 Product Code: a805
Availability: TEMPORARILY OUT OF STOCK
Price: $0.00

This delightful woodland scene is sure to transport you to a winter wonderland. Take a look at the darling creatures playing amongst the snow.