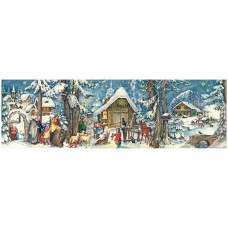 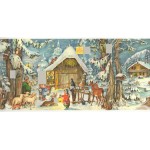 Take a look at this nativity inspired scene - watch as the townsfolke approach the manger with awe. Thanks to this calendar's wide format there's even more to see - with special detail from edge to edge you won't want to miss out on this advent.