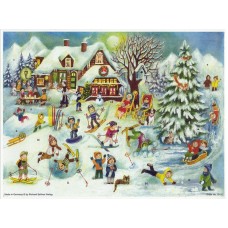 A wonderful way to escape, this charmingly illustrated winter resorts features skiers, sledders, and people having a nice cup of hot cocoa!