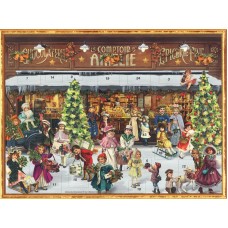 The sweetness of chocolate without the calories! This charming advent calendar features a traditional chocolatier on a busy German street, perfect for the sweetheart in your life.