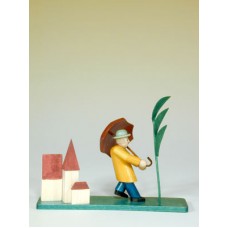 "THE STORY OF FLYING ROBERT"