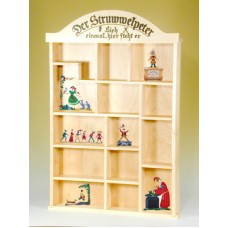 Birch wood display case (Setzkasten) for your Struwwelpeter or collection. Specifically designed by Christian Ulbricht to display their line of handmade Struwwelpeter figurines.