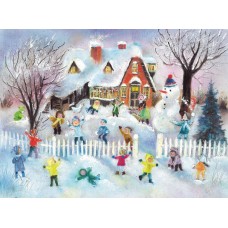 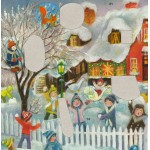 We can't think of a better way to spend a winter's day than out in the snow! This charming illustration features a fun snowball fight that we just wish we could be a part of.