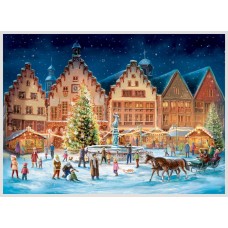 A must have for Frankfurt fans, this charming calendar brings to life the holiday magic of this beloved city. There's no better way to celebrate a classic Christmas than with a traditional advent calendar.