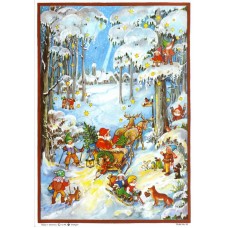 "Sleighing in the Forest"